All the credits are for Andreas @ https://askubuntu.com/questions/264247/proprietary-nvidia-drivers-with-efi-on-mac-to-prevent-overheating/613573#613573

Nvidia is always a pain in the ass on Linux. Especially with a old white 2008 macbook. I have black screen issues every time so I create this article so I can easy find it when I reinstall this laptop 😉

We need both the IDs for the graphics card and the PCI-E bridge that it is connected to. Issue the following command in a shell:

Have a look at (1) the line saying display and (2) the line with bridge right before that display line. Write down the PCI-E bus ids (format XX:YY.Z) of the bridge device (here 00:17.0) and the display device (here 04:00.0) and remember which is which. Note: Those IDs may be different on your machine, depending on your Mac model and revision. To automate some tasks with PowerShell on a website you sometimes need to log in. Today I tried some curl and postman tricks but it isn’t hard if you know what to script with PowerShell and bypass all other tools.

First, find a website to log in to, then check the page source and what the submit button does. In this example, it is “Inloggen” (dutch for login).

Then start the developer tools (F12), select the network tab, enter the credentials and login.

Now check the POST request in the developer tools.

The important things on this login form are:

Now we can write a simple script

Explanation of the script:

This is for 2016 server. But it will work for other versions of Windows 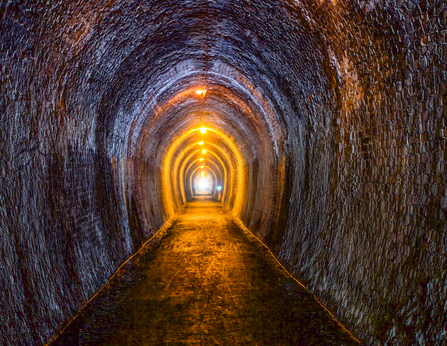 You can configure proxychains.conf but the default config is good 🙂

Then start the tor service

And check your ip:

You can use any command you want. So if you want your firefox browser over tor:

To refresh your TOR IP simply restart the TOR service My use case for a customer was to configure WSUS for a couple of DMZ servers. The DMZ servers are not domain-joined. So I create a PowerShell script to configure the registry so I can easily deploy the settings to the servers.

You can use this script also for non domain-joined servers

I save this file on the WSUS server itself at http://wsus.domain.local:8530/script.txt so I can download and run it from the DMZ environment. With Powershell ISE you can use CTRL + SPACE for auto completion.

But when you work in a native Powershell window you don’t have this option. And many often you cycle with tab completion trough the powershell and because you press the TAB button too soon you have to remove characters and cycle again trough all the commands.

There is an easy fix you can implement so the Powershell have the same auto completion like bash.

Just open ISE and paste these code and you are ready to rock!

Today I update my dual boot system and unfortunately my Debian OS wasn’t booting anymore. The root cause was that Windows decide to reclaim the EFI boot.

The fix is quite easy.

And fix your boot the this command:

As you can see in the screenshot, this also work for EndeavourOS and Ubuntu and probably for a lot other Linux EFI boot systems. 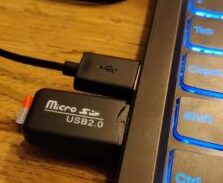 A friend of mine came back from vacation where he had taken a lot of pictures. When he got back home a large part of his Micro SD card (exFAT partition) was no longer accessible so he missed a couple of weeks of his photos and videos. His Windows Operating System froze completely when it hit a rotten cluster during a file copy action. So we had to find another solution to get his files back.

The first step I tried was to get the data from the SD card via Linux with ddrescue. With ddrecue, you create and complete dump of the SD card (or the sdb1 partition only). So you can do the data recovery on the image file (backup1.img) and not on the already corrupted SD Card.

The command you can use is:

But Linux also had also trouble reading when I hit a bad cluster. The only thing I could do during the read issues was a physical disconnect of the USB adapter, reconnect the adapter and restart the ddrescue process. The reason of was that a dual SD card adapter was used:

Because ddrescue has a mapfile it goes further where he was stopped the last time.

While debugging I wrote a simple loop that forced a “physical” disconnection of the USB adapter wait one sec and reconnect the devices without touching anything.

Source of the USBReset (fork)

This works but is a very very slow process. This will takes months to recover so I had to find another way.

So I try new new adapter: Micro SD > USB and with success.

During my search for a solution I found some interesting articles: