I want to move this blog to my own NAS because I have plenty enough bandwidth and with Cloudflare as reverse proxy it is secure enough also (and I like to hobby off course 😉 ).

I tried to use the Duplicator WordPress plugin to make a dump of my website and do a restore in the Synology Webstation. But during the database restore in step 2 every time I was getting a 504 gateway timeout after a minute (exactly 60 seconds).

What I could have done was a manual (ftp & database) copy and restore the files. But I was sure I was getting other errors in the future when I had to update WordPress or other plugins. So fixing this timeout issue was the only solution.

On different places on the internet, I found that I had change the Nginx site settings. So I put the timeout settings in the associated “/etc/nginx/conf.d/site.conf” and restart Nginx and restore the database Nginx was still was failing.

Then I’ll try to put these lines in the “/etc/nginx/nginx.conf” but when I restart the nginx the settings were overwritten and my changes are gone.

Every time you restart, Nginx Synology make use of a file “/usr/syno/share/nginx/nginx.mustache” to create a new nginx.conf file. I change the lines in that file and *boom* everything was working 🙂

If you want to see the current Nginx config This is my first completed automated Linux Azure VM deployment. I like to share it with you.

First start powershell and create a keypair with passphase

Then place the bash script somewhere on your local computer

Then put the code in the Powershell ISE, change some variables and kickoff the script.

The things you may need to change:

Now you can go to http://<publicip>/blog to access the new blog

You can access the server with ssh [email protected]<publicip>

Have fun with it! Unfortunately, there isn’t a pihole addon in the Synology package center. But you can build your pihole in a docker container instead 🙂

The reason you must use docker-compose instead of the Synology docker package itself is that you want to bridge net NIC of your Synology and place the pihole direct in your network. You cannot do this with the GUI.

When you want to update the docker container, all you have to do is:

A good article I used to figure everything out is: http://tonylawrence.com/posts/unix/synology/free-your-synology-ports/ 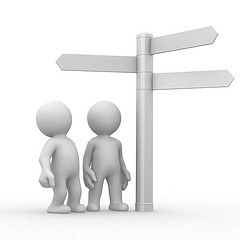 You can do this stuff with netcat and inetd To do this, add a domain-name=.alocal line to the [server] section of /etc/avahi/avahi-daemon.conf, then restart avahi-daemon: sudo service avahi-daemon restart.

You may need to flush the DNS, mDNS and resolver cache, as well as restart your web browsers to clear their internal cache. Remove the password from the SSL certificate (unencrypted is needed for plesk):

# openssl rsa -in key.pem -out server.key

And bind the certificate in your hosting settings: The ThinState USB disk is split into 2 partitions. And the second partition isn’t accessible in Windows so it was very hard to build a stick from scratch. There are a lot of Windows USB clone tools but because I had to clone the ThinState 16GB to a 8GB stick also, it was impossible to do it from my windows workstation. But when some things get more difficulty what do you do? Use Linux 🙂

First resize the partitions with gparted to the minimum size. Then find out the last sector of the /dev/sdb2 (where sdb2 is my USB stick)

and write the *.img file back to your new USB stick: In Windows I like Firefox more than chrome because everything is already “Google”. But Google chrome has a nice stable and fast flash plugin built-in and so I need a chrome browser in Linux…. Because I’m testing Arch Linux (Antergos actually ) and Google don’t have arch packages I found a way to install it automatically for me with the AUR repository. $yaourt -S google-chrome More info about the yaourt (Yet AnOther User Repository Tool):

You can install packages (including AUR packages) with

You can update your system including AUR packages with: THIS IS AN ORDINARY COPY/PAST FROM http://cbl.abuseat.org because I can’t find a source link and this is a nice article!

We have detected that this IP is NATting for, or is infected itself, with a Linux (or possibly some other Unix-like system such as FreeBSD) PHP spam mailing script. Occasionally Windows servers are infected as well.

We do not know how the malware got installed onto the machine, but we know a lot of what it does. The main thing we’ve seen it doing is sending staggering large volumes of email spam. But it can do a lot more than that, and that is the real danger.

NEW Of late some of these infections are facilitiated by a SSH Rootkit called “ebury”. See the link for more detail.

If the administrators are reluctant to do anything please try to convince them, because there is nothing you can do to fix this problem.

For the System Administrators

Your task is to find the current problem, fix it, and prevent it from happening again.

One way of finding the user that is infected and spewing spam is to use the “lsof” (list open files) utility. “lsof” is available for most versions of UNIX-like systems such as Linux as part of the official distribution, but may not be installed by default. So first, make sure you have it installed. On many systems such as Ubuntu, you can install it by:

Once lsof is installed, you can issue the following command

You may see a number of lines, such as (example.com takes the place of your machine’s name):

The first line, for example, is your sendmail mail software “LISTEN”ing (as userid root) for inbound email connections – this is normal. The second line is sendmail “caught” at the moment of sending an email (as userid “mail”) from your machine to a hotmail server – that is also perfectly normal. You may see similar lines with “exim” or “postfix” or “smtpd” or “qmail” instead of sendmail – all depending on what mail server you run – example – the third line is an Exim listener. The important thing that indicates that it’s normal is that the userid is “mail” or “mailman” or something like that – NOT an ordinary user.

The fourth line is a program called “find”, running under userid “foo” making a connection to an AOL server.

It’s examples like the fourth line you’re looking for – it tells you the userid of the infected user. In this case it also indicates that the infection is masquerading as the program “find”. There will often be more than one of these.

Simply killing these processes is NOT enough, because they will often restart on their own. You will need to find whether these are started by a cron job owned by that user, or, spawned through your web server, or started from a ssh login. Find and delete the program – often a PHP or Perl script. In some cases, however, the program deletes itself as soon as it starts. The “find” example above is a Linux binary executable that contains an encrypted perl script. Since this was first written, it now sometimes masquerades as “mail” or “ntpd”. Assume it could be anything. You will also need to find out how the script got installed on your machine – often through Joomla, WordPress, Cpanel or Plesk security holes, or ftp upload and secure it.

Finding the problem by finding the script: Linux/FreeBSD

Try the findbot.pl program. It’s a relatively straight-forward Perl script that will find most of the malicious scripts that we are aware of. The beginning of the file contains instructions on how to use it. If you are not the administrator of the system, it will not work for you.

Many of these infections start themselves running, and then delete themselves from disk. Which means you won’t be able to find it. Check your ftp and SSH logs for suspicious files and logins. This is why it’s so important to prevent it happening again.

The Windows environment is rather less developed for finding these things than UNIX-like systems. However, we can recommend the tcpview tool, so please see tcpview/tcpconn in our advanced section.

However, they all do need to get on your system somehow, and that often leaves logs. If you can find those log records, often that will help you identify the infected user and find the malicious files (if they are still there).

Generally speaking, these are the ways malicious scripts get onto a system: